We’ve been on a bit of a cln. binge lately but it’s hard when he keeps pushing out so many amazing tracks. His remix of GRMM’s “Electrify” is no exception to that trend. Yet again, we have a couple of Australian producers on a remix/original collaboration (big surprise there). GRMM are signed to Neon Gold Records, the kings of the burgeoning Electro scene in Australia. With such a great pedigree, how could these two tracks not be amazing? Let’s start with the original. Perhaps my favorite part of this track is the melodic piano line, which sort of smoothes out the track and keeps it from getting too bogged down in electro moments. Of course, when the time is right, particularly in the bridge segments, the electro comes through in full force with a nice textured synth line that mirrors a 1/32 rhythm in the hi-hat. It’s this type of “laid-back” trap style that makes this music so exciting, it adds a lot of layers to the tracks and contrasts with the more flowing, languid elements in the piano. Furthermore, I really like the vocal here by Father Dude. To be completely honest, cln’s remix is basically just him streaming his style into GRMM’s track. First main change is he takes the chord progression of the piano in the original and reworks it with his distinct synth style, and doubles the length of those chords from the original. Obviously, cln’s approach is considerably more “dance” oriented as it relies more heavily on synth and percussion elements. But stylistically, they are remarkably similar tracks. Perhaps a noticeable difference is that cln’s remix has a bit more flow in the synth because he chooses to draw it out a bit more. The synth in the original is in that choppy 1/32 rhythm, which works, but cln’s decision to elongate those chords sort of smoothes out the track a little and gives him the ability to apply his unique production quality to the track. Listen to both tracks below and feel free to comment with any thoughts or suggestions! 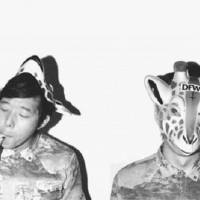